All You Ever Wanted To Know About Liposculpture and Liposuction 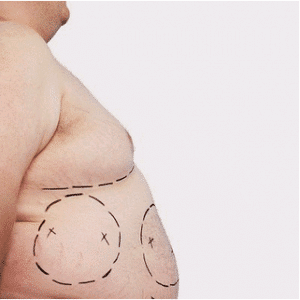 What is the liposuction / liposculpture procedure?

Liposuction is a cosmetic surgery that removes excess fat from deposits located between the skin and muscle and it can be performed on areas such as the abdomen, outer and inner thigh, hips, buttocks, arms, neck and elsewhere. Liposculpture follows the same principle, but uses a micro cannula which is only 1mm in diameter to remove the pockets of fat that are difficult to remove by targeted exercise or diet.

We cannot stress enough that this procedure is not a substitute for controlled weight loss. In saying that, it can be an excellent motivator when it comes to people choosing a healthy lifestyle. “It gives people the impetus to change their own perception of themselves,” explains Dr Michael Rich, the surgeon at Specialist Clinics of Australia who specialises in liposculpture surgery. “For some people, seeing the pockets of fat gone makes boosts the person’s self-confidence. It may also remove years of long complexes, which were holding someone back.” For more details of Dr Rich’s work, take a look at this video:

Liposculpture is different to liposuction

The advantages of micro-cannula liposculpture is that it removes more fat more evenly. Other advantages of this technique include: 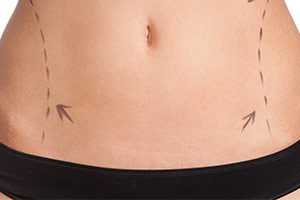 Liposculpture can used in areas where pockets of fat are prominent, including arms, abdomen and chin

The other major advantage with micro-cannula liposculpture is that you can have it done on a Friday afternoon and be ready to return to work on a Monday. This is fantastic especially for those who are time-poor. You are not even fasting because it is done under local anaesthesia.

Even though there are doctors who are very skilled at using larger cannulas, there may always be a small risk. According to the recent World Congress of Liposuction report, the figure of touch-up rates is 20% and this is due to using cannulas that are big in size. In liposculpture, where the doctor is using a small cannula no bigger than 1mm, this can reduce the touch-up rate to only 1%. Smaller cannulas mean much prettier shape and shorter immobilisation time.

Who is the ideal candidate for liposculpture?

The best candidates for liposculpture are those who are at or near their ideal weight, but have an area where the fat will not budge. This area could be anything that has a fat deposit: arms, stomach, thighs and buttocks. Liposculpture is also used to solve issues that come with ageing, including when the face and neck start to start to form a double chin. The liposculpture procedure takes around 30 – 90 minutes depending on the specified area.

Can liposculpture be used for breast reduction surgery?

Gynaecomastia (often referred to as ‘man boobs’) is the enlargement of male breast tissue.

In addition to these areas, patients can also remove both male and female breast tissue. For men, they may remove excess fatty tissue due to a condition called gynaecomastia (more commonly known as ‘man-boobs’). This is usually removed by liposculpture.

For women, liposculpture is also used in for breast reduction. It uses local anaesthesia to slowly remove the excess fatty tissue, but also gives a moderate but gratifying breast lift. It also a much less intrusive method as it uses a microcannula which guarantees less scarring.

Prior to the procedure, women need to have a mammogram performed to rule out any unexpected issues. The percentage of fat in the breasts also needs to be assessed, and when there are only glands and fibre tissues, liposculpture is not advised. However, most people have enough fat to remove in their breasts.

If you're interested in liposculpture treatment and want to know if it is right for you book a consultation by calling Specialist Clinics of Australia – or fill in our online enquiry form.
Booking Enquiry Booking Enquiry
02 8459 0312