The New Sunscreen Research That You Need To Know About 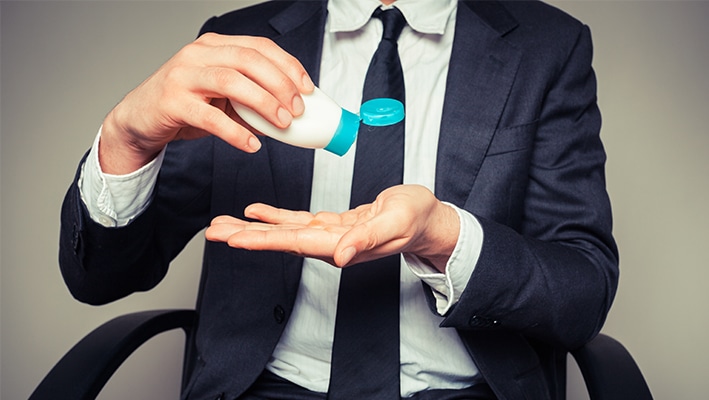 Australia’s peak sun safety organisations have all agreed to change their policy on sunscreen after a major review of the most recent evidence was presented at a national summit.

The summit was hosted by QIMR Berghofer Research Institute in Brisbane in 2018. The guest list included representatives from the Australasian College of Dermatologists (ACD), the Cancer Council, the Australian Skin and Skin Cancer Research Centre (ASSC), the Therapeutic Goods Administration (TGA), the Melanoma Institute of Australia and more. The sunscreen industry was not invited, potentially because organisers wanted to protect the summit from bias.

The evidence was reviewed on the risks and benefits of sunscreen and sunscreen use in Australia. A report was published last week in the Australian and New Zealand Journal of Public Health that summed up the conclusions and announced a policy change on sunscreen use to which all of the attending organisations agreed.

The new official stance on sunscreen is that you should apply it every single day as part of your morning routine.

Previously, sun safety organisations in Australia told the public to apply sunscreen when planning to spend time outdoors, but the evidence suggests that more regular use is required.

According to the report, the problem is short but regular sun exposures from activities like walking to the bus stop or hanging out the washing. UVB rays damage the DNA in your skin cells. Your skin can repair some of the damage from minor exposure, but if you’re exposed to the sun again before the skin is repaired, it can cause further damage and cell mutations that could potentially lead to cancer.

Before they agreed to the new official stance, sun safety authorities at the summit weighed in the potential risks and benefits of sunscreen. According to consumer surveys, only 36% of Australian adults wear sunscreen during regular weekend activities and grave misunderstanding often leads to unprotected UV exposure.

Some of the public’s concerns with sunscreen included dermatitis, vitamin D deficiencies, nanoparticles and hormone disruption and environmental concerns.

The evidence suggested that dermatitis (which appears as a red, itchy rash) affects 2% of sunscreen users. The effects can be managed by switching brands and there are no long term effects.

The conclusion on the vitamin D issue is that it makes sense in theory, but the evidence doesn’t hold up. In theory, by blocking the sun’s rays, sunscreen prevents your body’s ability to produce vitamin D. A systematic review of both experimental and field studies found that this wasn’t the case. Vitamin D levels are not any lower in people who use sunscreen regularly.

The TGA presented their 2017 review on nanoparticles in sunscreens and concluded that they are not likely to cause harm. Nanoparticles from titanium and zinc aren’t absorbed any deeper than the top layer of your skin.

Studies on the link between sunscreen and hormones had inconsistent findings. Some studies found a small link between oxybenzone (a common ingredient in chemical sunscreens) and phenols in the body (phenols are a contaminant found in many personal care products that may act as endocrine disrupters in the body). These studies found no evidence of negative health outcomes from oxybenzone, but if you are concerned, there are many sunscreens that don’t contain oxybenzone or phenols.

The reviewers at the summit concluded that sunscreen is safe for everyday use. The evidence behind the protective benefits of sunscreen far outweigh the risks, they determined. Going forward, the official advice from all the major sun safety bodies in Australia will be to apply sunscreen every morning and use additional protection (such as hats and protective clothing) when planning activities outdoors.

It may seem like a trivial habit, but consider the fact that 1,500 Australians die every year from melanoma and another 600 die from Squamous Cell Carcinomas annually. A little addition to your morning routine could save your life.