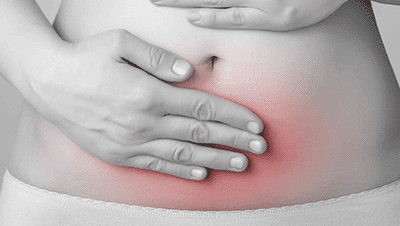 Did you know… Postmenopausal uterine bleeding is a common concern that accounts for about 5% of patients referred for review to a gynaecologist in the outpatient setting.

Whilst there are a number of benign causes for postmenopausal bleeding, it is important to properly investigate its occurrence, as it can be caused by endometrial cancer.

Endometrial cancer starts in the layer of cells that form the lining (endometrium) of the uterus, which is a hollow, pear-shaped pelvic organ in females where fetal development takes place.

Because of the location of the disease, sometimes it is called uterine cancer, but this is not the only form of cancer that can develop in the uterus. Other forms of cancer can form in this area, including uterine sarcoma.

Endometrial cancer is a common gynaecological cancer in Australia. Approximately 5-10% of women with postmenopausal vaginal bleeding are diagnosed with endometrial cancer. The older a patient is, the more likely they are to develop cancer.

At an early stage, this cancer produces abnormal vaginal bleeding, but a timely diagnosis can greatly improve the patient’s prognosis for recovery. This is why you should seek immediate medical attention when you notice any bleeding coming from your uterus.

Because there is a possibility for early detection, endometrial cancer is often caught in its early stage, which contributes to positive outcomes, as the surgical removal of the uterus often stops endometrial cancer from spreading. This is why it’s so important not to ignore any abnormal vaginal bleeding!

Other causes for postmenopausal bleeding

Endometrial cancer is not the only concern you should be aware of. If you have gone without menses for more than one year after complete installation of menopause, bloody discharge from your vagina should ring alarm bells.

Not even a little spotting is normal once you’re postmenopause.

The hypoestrogenism refers to a lower-than-normal level of estrogen and is often found in postmenopausal women and causes atrophy of the endometrium and vagina. This results in micro-erosions and weakening of the surface epithelium (a type of tissue) and mucosa. These changes can make the area prone to bleeding.

Typical vaginal findings of atrophy include a pale, dry vaginal epithelium that is smooth and shiny with loss of most rugation. Inflammation can also be present with additional findings of patchy erythema, petechiae, friability, bleeding, and discharge.

Some other causes of postmenopausal bleeding include:

Examination by a gynaecologist is the basis of assessing the potential causes of your bleeding. The doctor will take your medical history, perform a physical exam and some tests, which might include:

Tip: Ultrasound and biopsy can be performed in your doctor’s office. Hysteroscopy and D&C are usually done in a hospital or outpatient surgical centre.

It is important to exclude malignancy; this is assessed by having a look inside the uterus using a camera and taking a biopsy of the lining of the uterus. In some patients an ultrasound is also performed to look at the thickness of the endometrial lining and ovaries.

Taking care of the organs of your reproductive system does not end only because you went through menopause and cannot conceive any more. With cancer being such a widespread disease, you should pay particular attention to the health of your uterus and the surrounding organs. Watch for the signs your body gives! Bleeding is definitely not one to ignore.

Have you noticed unusual bleeding? Do not ignore this sign! Call our medical centre and schedule an appointment with one of our gynaecologists now!
Booking Enquiry Booking Enquiry
02 8459 0312