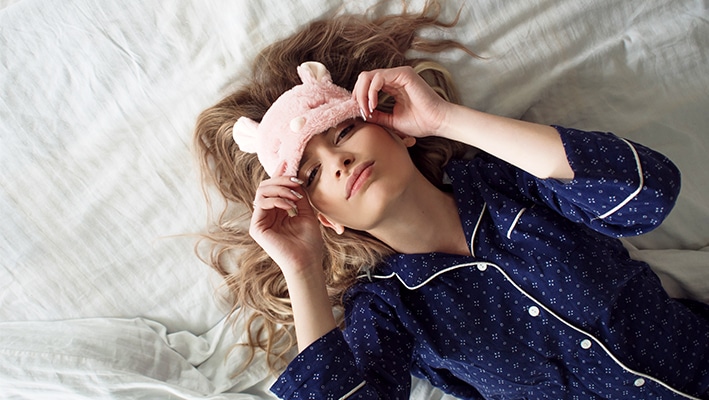 Snoring and Sleep Apnoea have long been treated as predominantly male concerns. According to the Sleep Health Foundation, 40% of men snore at least sometimes, and only 30% of women1. A newly published study in the Journal of Clinical Sleep Medicine, however, pulls those stats into question.

The study was motivated by a low diagnostic rate of obstructive sleep apnoea (OSA) in women. If left undiagnosed, OSA and snoring can lead to some serious long-term health problems and affect your cardiovascular health. Snoring is one of the biggest signs that doctors use to diagnose OSA, and female snoring is likely much more common than we think.

Dr Nimrod Maimon MD, MHA and principal investigator of the study suggested that there is some social stigma around women and snoring, which could prevent women from discussing their snoring, even with their health professionals2.

The study involved 675 women and 1,238 men with an average age of 49. Participants were given a questionnaire which asked them to evaluate their own snoring. Then, a digital sound survey metre was used to measure their snoring volume overnight.

They found that, contrary to popular belief, women snored just as much as men, and just as loudly. The average maximum intensity of snoring was 50 decibels in women and 51.7 decibels in men.

We should note that participants had a higher rate of snoring than the general population because they were recruited from a group of patients who were referred to a sleep health centre at a university hospital.

Of the women who reported no snoring at all, 36% were actually severe snorers who reached decibels of 55-60.

Nurse Jenny, who specialises in snoring and OSA treatment at Specialist Clinics of Australia has noticed the trend in her own patients. “Many women don’t realise they snore until they get a partner or a flatmate who tells them,” she says. “Because people think of it as a male problem, women who experience daytime fatigue tend to chalk it up to a busy lifestyle.”

Even when women find out that they snore, they tend to wait longer to speak to someone about it. “Women put up with a lot of fatigue before reporting it,” Nurse Jenny noticed. She added that women tend to be too embarrassed to discuss snoring because they think it’s a male concern, which just isn’t true. Even if the current statistics are accurate, 30% is a significant portion of the population.

Common daytime symptoms of snoring and sleep apnoea can include daytime fatigue, difficulty concentrating and waking up with a feeling that you aren’t well-rested. Nurse Jenny believes that general practitioners are slowly becoming more aware of female snoring and the stigma around it. Hopefully this study will open up more comfortable dialogue for women who snore.

Concerned about snoring or sleep apnoea?