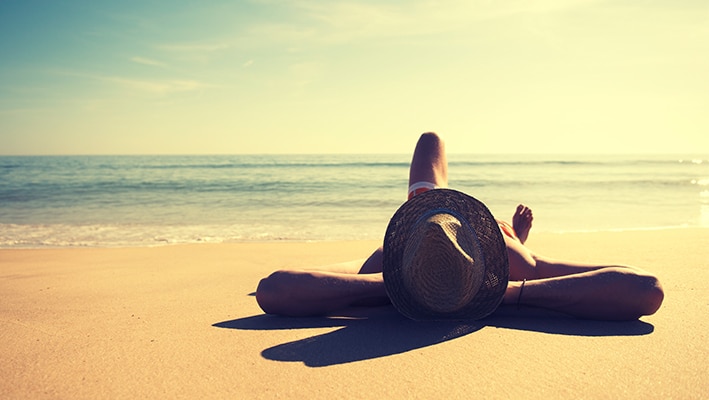 The Australian College of Dermatologists (ACD) recently released the results of their 2018 Male Skin Cancer Survey which asked 504 men, aged 18 and over, across Australia about risk factors and perceptions of skin cancer1. It turns out that Australian men are failing to recognise some very real risks.

According to the ACD, less than one-in-three Australian men (32%) consider themselves at high risk of skin cancer, despite 82% reporting at least one known risk factor, such as fair hair, skin that burns easily, or spending time outdoors each week.

It appears that risks aren’t really perceived as such until someone in your social circle is diagnosed. Among the survey respondents who knew someone who had been diagnosed with skin cancer, 46% considered themselves at high risk of developing the disease themselves. In contrast, only 12% of respondents who knew no-one with a skin cancer diagnosis, considered themselves to be at high risk of the disease.

“Men are at higher risk of developing both non-melanoma and melanoma skin cancer than women, but are often more reluctant to visit a doctor to have their skin checked. Often it’s not until they know someone who has been diagnosed with skin cancer, that they too, suddenly realise they could be at risk of the disease,” said Dr Alex Varol, Dermatologist and ACD fellow.

61% of respondents admitted they have delayed a doctor visit about a health concern, and more than a quarter of full-time workers claimed to be too busy to spare the time. “Removing the primary melanoma at the origin will resolve 90 per cent of cases of the disease,” says Dr Varol, who agrees that early detection is so critical, it can sometimes be the difference between life and death; “Melanomas are a deadly form of skin cancer and can quickly spread to other areas of the body.”

An estimated 2/3 Australians will develop skin cancer by the age of 70, and an Australian dies of skin cancer every five hours, according to the ACD.

54% of survey respondents had multiple risk factors for skin cancer, but failed to consider themselves at risk. According to the survey, the average Australian man spends 15 hours outdoors each week, and the ACD hopes that by publishing the results of the survey, it will inspire more men to go to their doctors for more regular skin cancer checks.