Why Is The Skin Cancer Rate Higher In Australia? 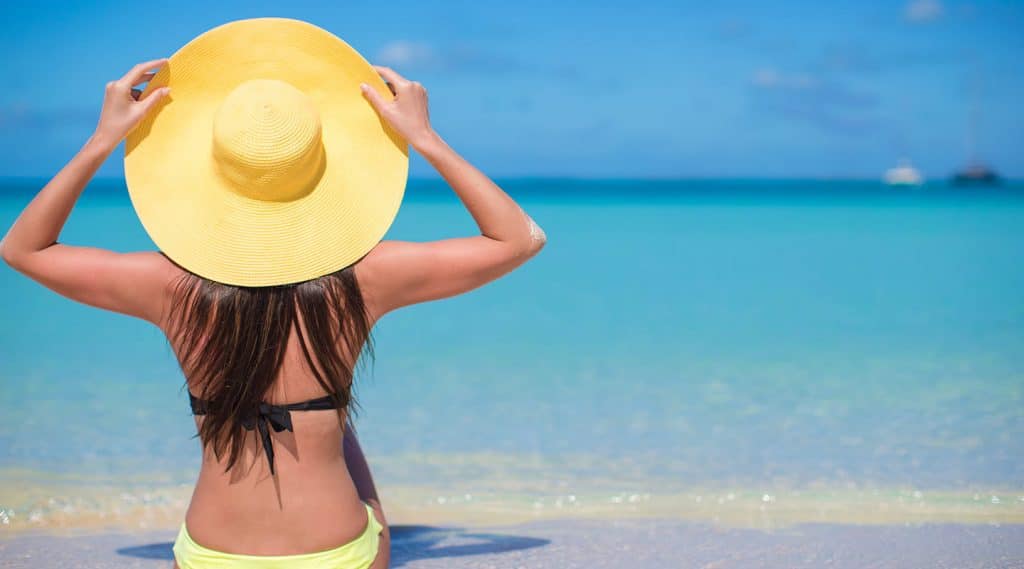 But why is Australia ranking near the top of the skin cancer list?

According to Australia’s Department of Health and Ageing, Australia and New Zealand have the highest skin cancer incidence and mortality rates in the world!

In both countries, the risk of people developing melanoma before the age of 75 is 1 in 24 for males and 1 in 34 for females. 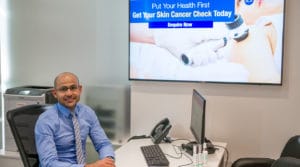 Dr Ahmad Hasanien, a skin cancer physician at Specialist Clinics of Australia in Sydney, explains his concerns regarding these statistics; “Australians suffer the highest rates of skin cancer in the world. Each year, around 1,200 Australians die from what is an almost totally preventable disease”.

From 1982 to 2010, melanoma diagnosis had increased 60%, but the consultation to treat non-melanoma skin cancer rose only by 14%. Nonetheless, this meant reaching 950,000 skin-cancer related doctor visits each year!

UV radiation is linked to a short geography lesson, as follows: the ozone layer is a region in Earth’s stratosphere that absorbs most of the sun’s UV radiation. Since 1970’s, a gradual depletion in the ozone layer has been noticed by scientists. This happens especially near the North and South Poles. As the ozone layer depletes, the atmosphere loses its protective filter and more of the dangerous UV radiation reaches the surface of our planet.

This depletion is directly related to the growing number of skin cancer cases. Protection against UV radiation is individual responsibility as the main factors making people susceptible to developing melanoma are associated with sun exposure and a history of sunburn.

Researchers estimate that a 10% decrease in the ozone layer will result in additional 300,000 non-melanoma and 4,500 melanoma skin cancer cases (www.who.int/).

The problem with Australia is that the continent receives higher UV radiation levels than Europe. “Being located close to the ozone hole over the Antarctic means that much higher, more severe levels of UV radiation get through to ground level,” says Dr Hasanien.

During summer, the Earth’s orbit brings Australia closer to the sun (as compared to Europe during its summer), resulting in an additional 7% solar UV intensity. Coupled with our clearer atmospheric conditions, this means that Australians are exposed to up to 15% more UV than Europeans.

Genetics play a role in skin cancer too!

Now, the history lesson: migration patterns are also responsible for a high number of skin cancer cases in Australia.

Hundreds of years ago, the genetic makeup of people corresponded with their environment. Nowadays people’s skin pigmentation is often no longer suited to their surroundings, especially in Australia.

“While the Aboriginals developed protection by natural selection over many generations, our Anglo-Celtic/European heritage leaves our skin poorly adapted to the harsh conditions of the Australian continent,” Dr Hasanien points out.

The fair-skinned population that migrated to regions with high solar UV radiation are at the biggest risk of developing skin cancer. A similar situation concerns people who experience intense sun exposure in short periods of time, like during a holiday break.

The mortality from melanoma is 6 times higher in the Scandinavian countries than in the Mediterranean countries (WHO).

Considering the above, Australians should really pay a lot of attention to their lifestyle, as the facts are against them. “A combination of fair-skin, living close to the ozone depleted area and enjoying a beach-going culture puts Australians at extreme risk of developing skin cancer,” explains Dr Hasanien.

Having said that, the facts surrounding skin cancer prove that this is a totally preventable disease. This is why it’s important to understand how you can protect yourself against it.

“With sensible sun exposure habits and regular skin checkups,” explains Dr Hasanien, “it is possible to prevent skin cancer from affecting your skin.”

4 thoughts on “Why Is The Skin Cancer Rate Higher In Australia?”